What is Customer Managed Keys?

Controlling Sensitive Data in the Cloud

How can application developers give data control to their enterprise customers, while retaining the access required by the features of their software/ SaaS app?

One approach is Customer Managed Keys (CMK, also called Bring Your Own Encryption or Bring Your Own Keys). Major SaaS logos like Microsoft, Box, Slack, ServiceNow and NetSuite offer CMK as part of their solutions. A report from 451 Research cites that more than 40% of enterprise IT organizations are implementing CMK, and an additional 50% have intent to implement.

In this article, we’ll explore CMK and discuss how SaaS providers can ship advanced data controls faster and give enterprises they work with consolidated CMK vendor management.

How Does CMK Work

In a CMK solution:

Data is encrypted using envelope encryption - instead of sending the entire chunk of data to the customer's infrastructure for encryption / decryption, the data is encrypted in the SaaS provider's system using a random key, and that key is sent to the customer KMS to be encrypted. This keeps the request request size small and keeps the sensitive data in the SaaS provider's infrastructure. 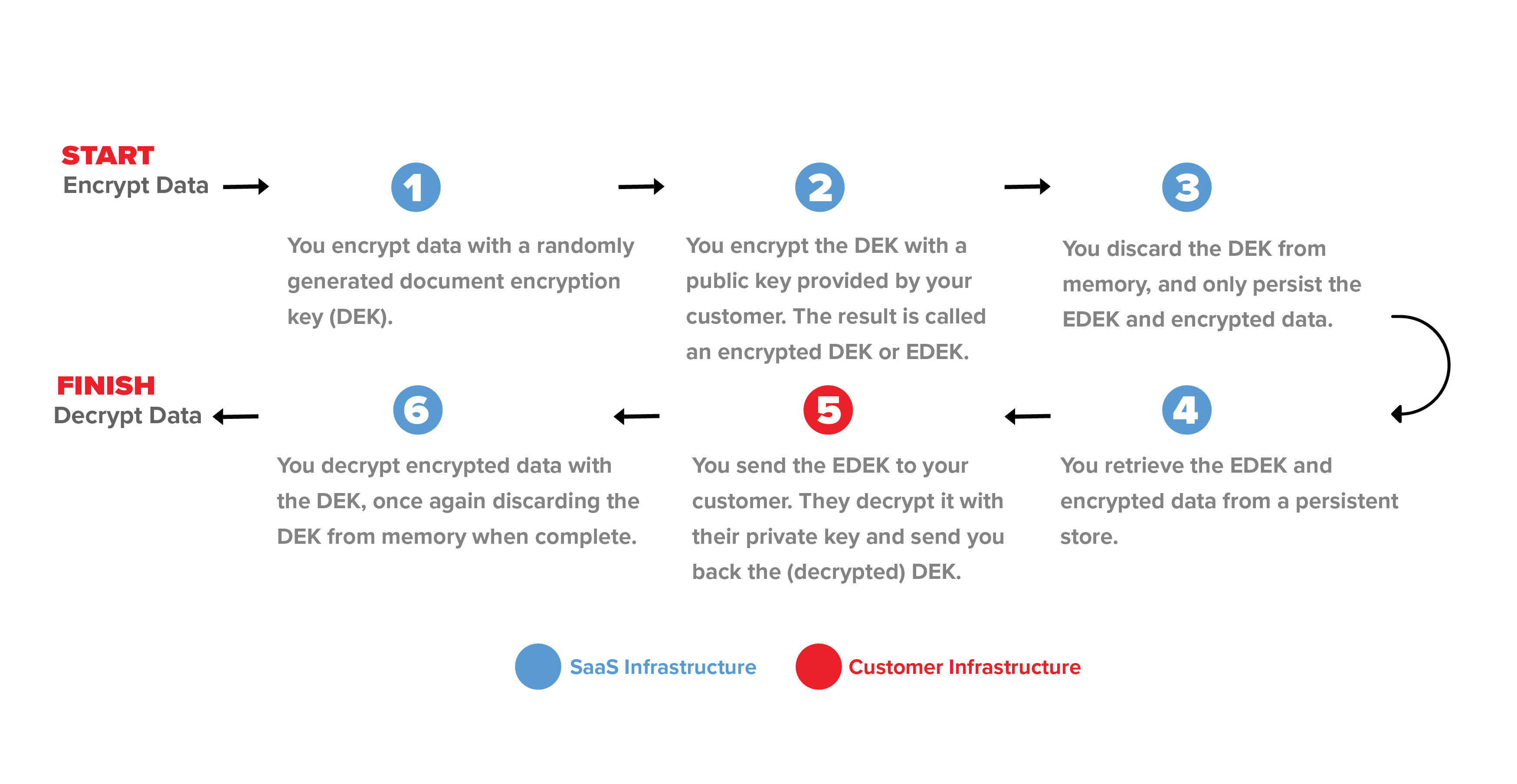 One of the challenges of CMK is that today’s implementations are ad-hoc and specific to a particular type and configuration of enterprise key management infrastructure. It’s common to see Gemalto (HSM), AWS KMS/CloudHSM, Microsoft AD/KMS, or Google Cloud KMS in the market. For enterprises, the average number of SaaS applications is 300, leading to a combinatorial explosion of integrations. 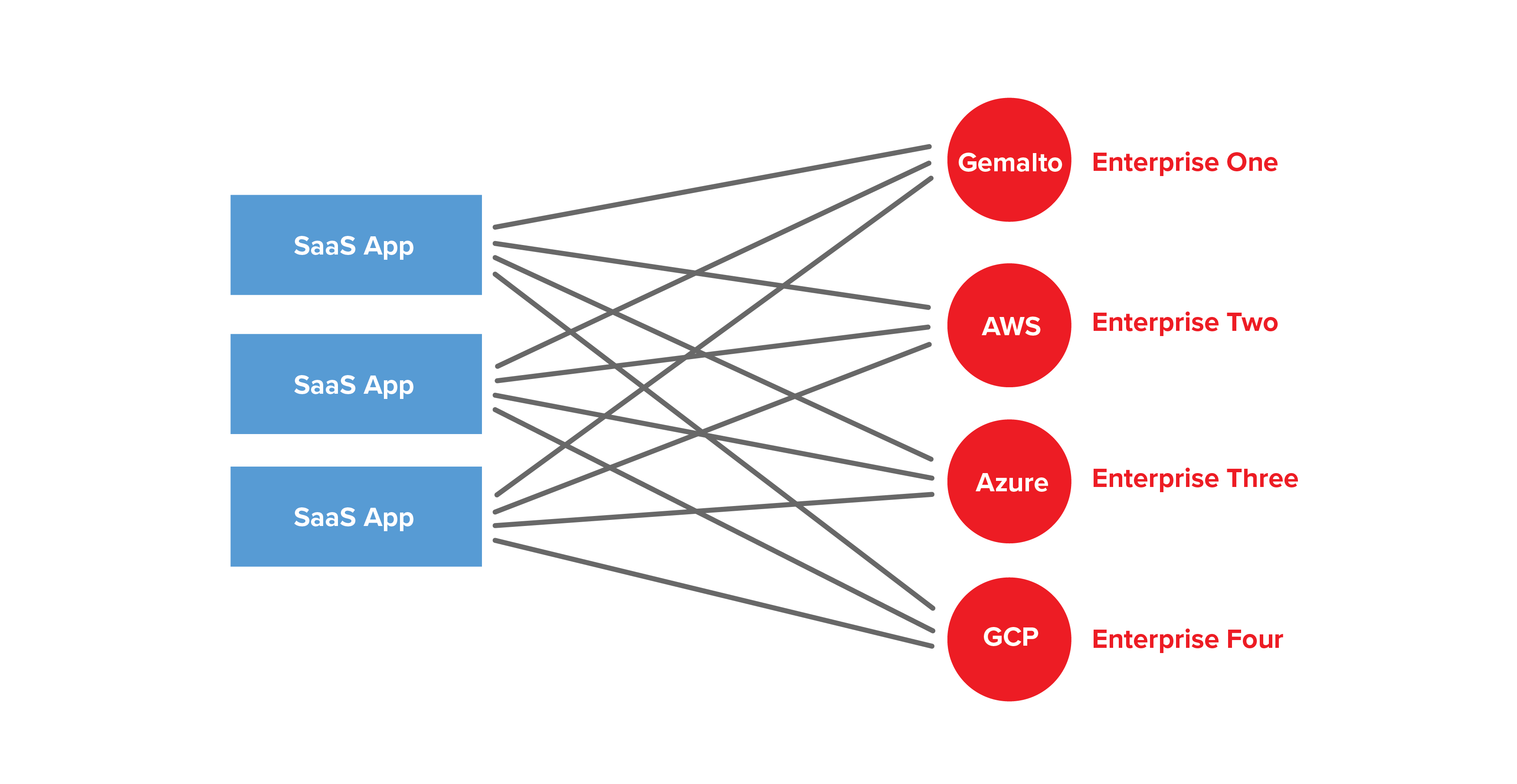 IronCore does the heavy lifting of abstracting the KMS infrastructure. 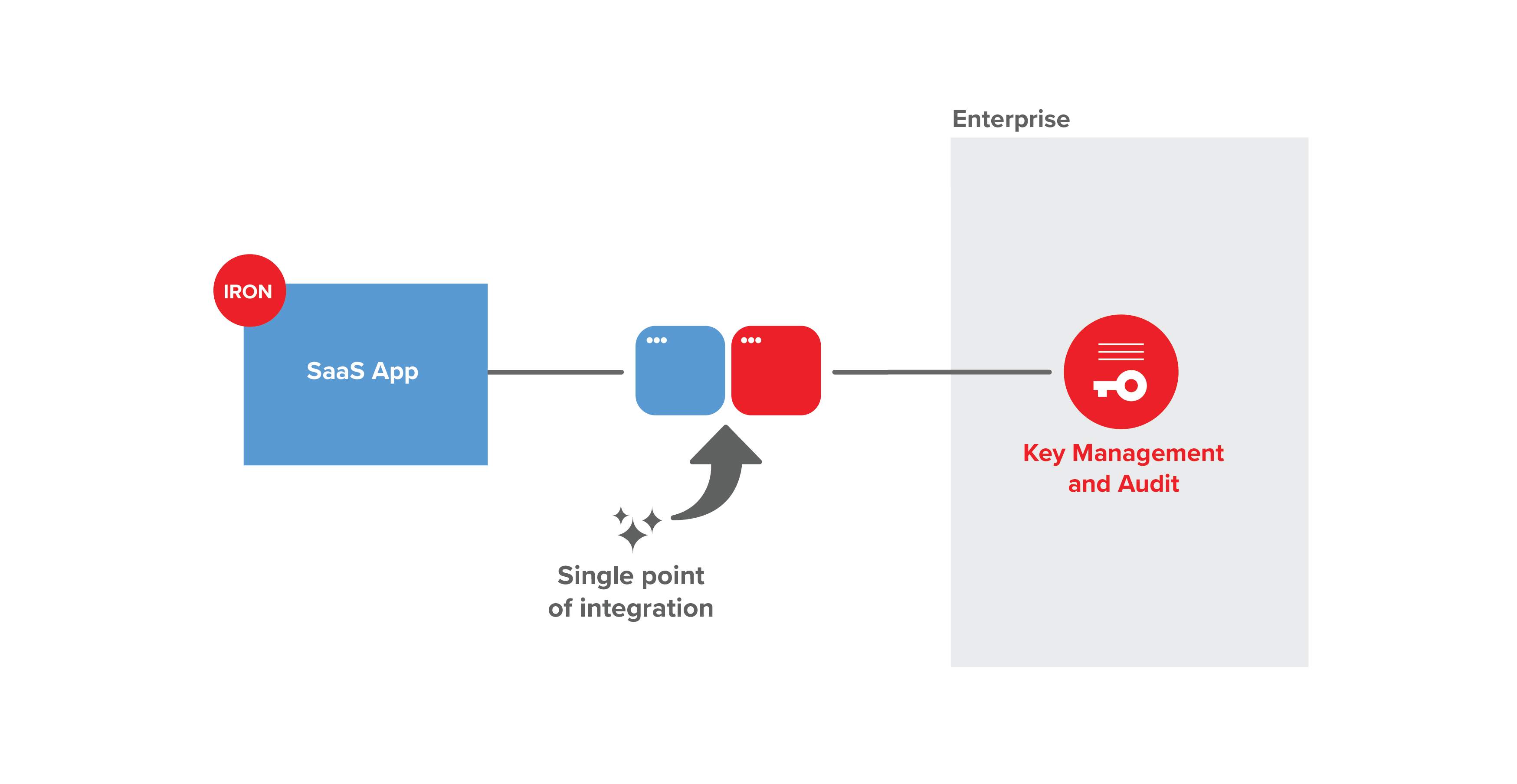 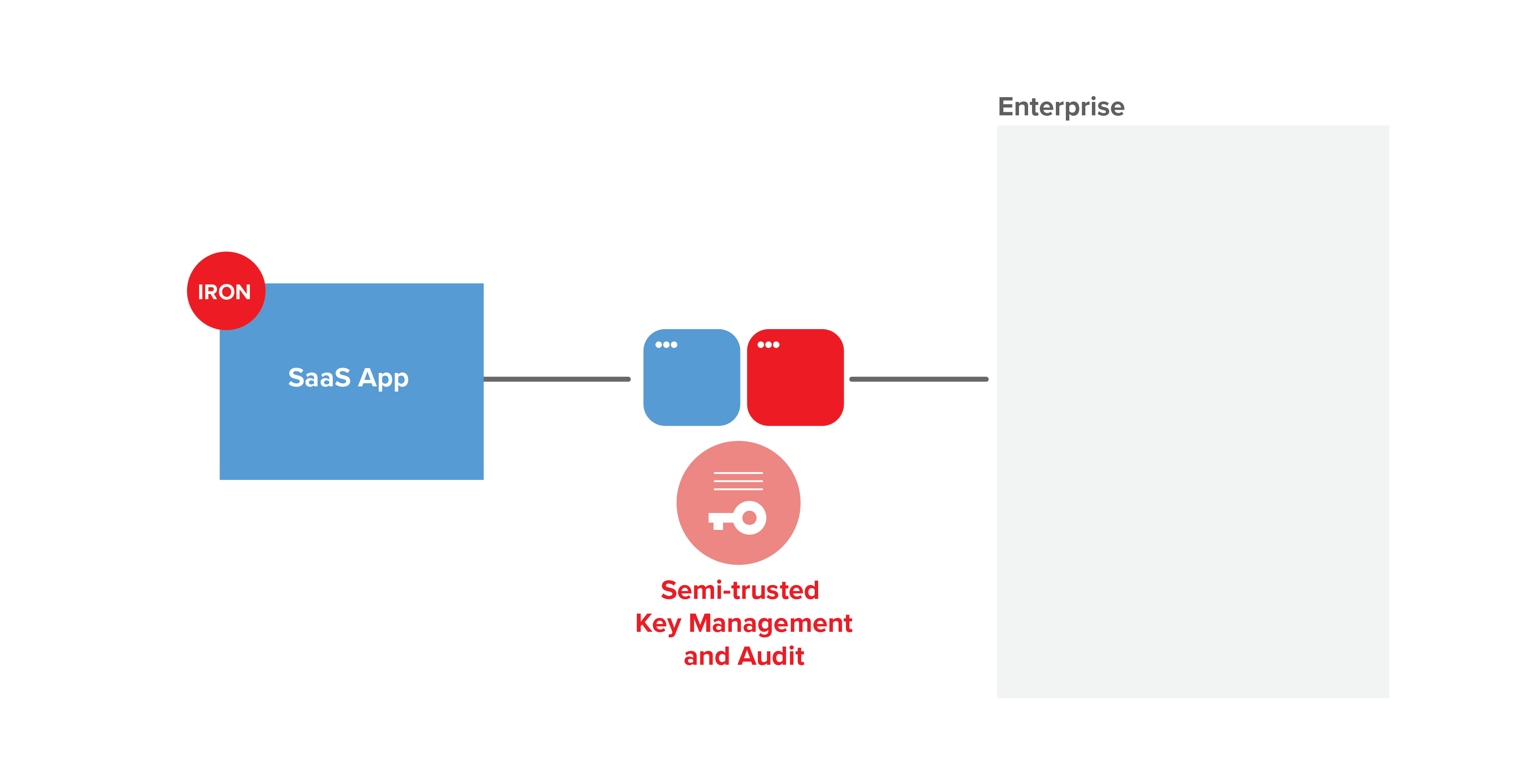 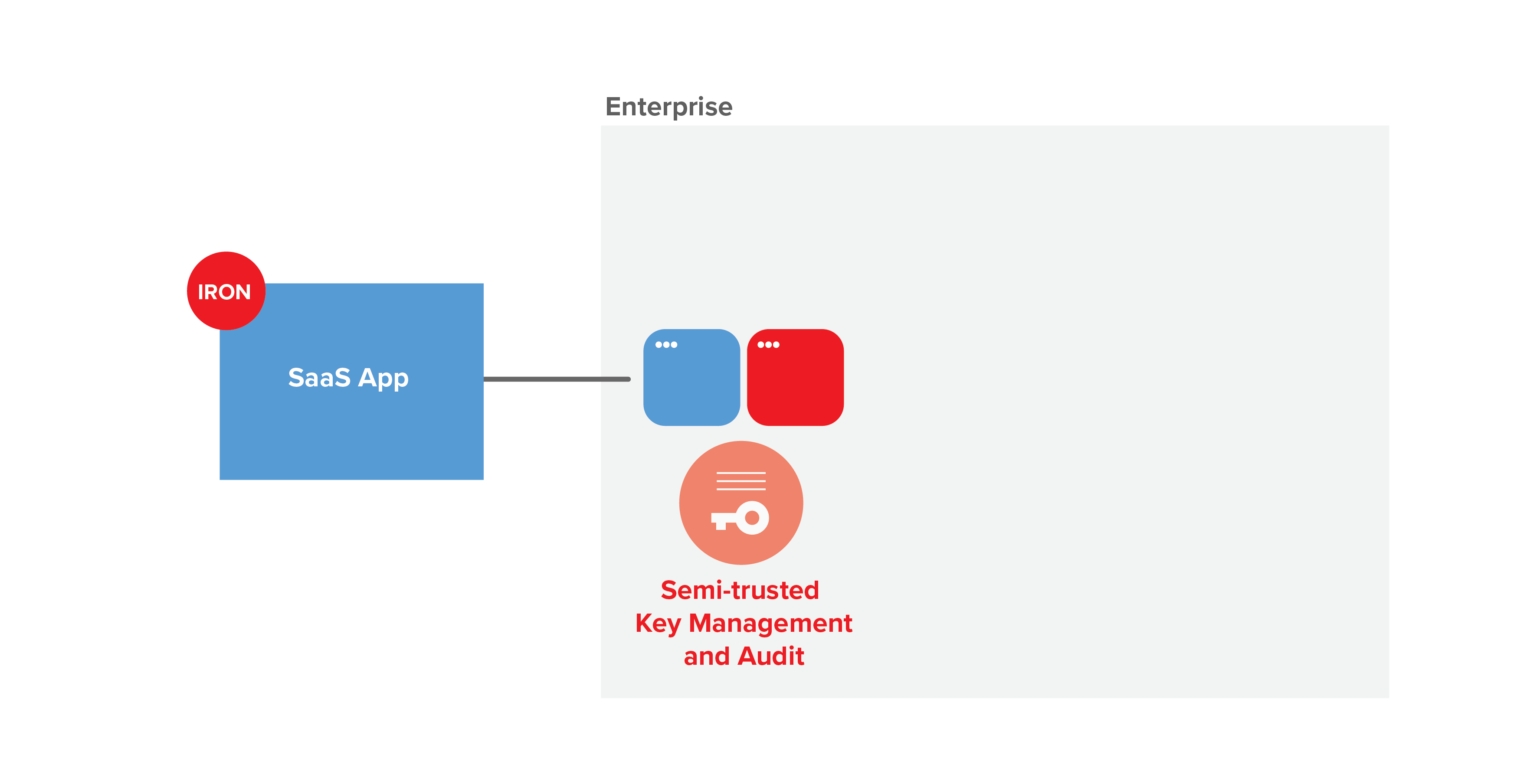 CMK is an effective compromise, but many CISOs prefer true end-to-end data control. One advantage of IronCMK is that the same integration can provide data control to the service or client. This is a mix-and-match proposition, with the ability to provide strong controls based on data classification and sensitivity.

IronCMK offers advanced data residency capabilities. Meaning, there is no longer a need to stand up separate in-country cloud infrastructure; as long as encryption keys stay within country, data residency requirements are met.

And IronCMK supports privacy rights as defined by the GDPR and the California Consumer Protection Act. In particular, right to transparency and right to erasure are seamlessly supported.